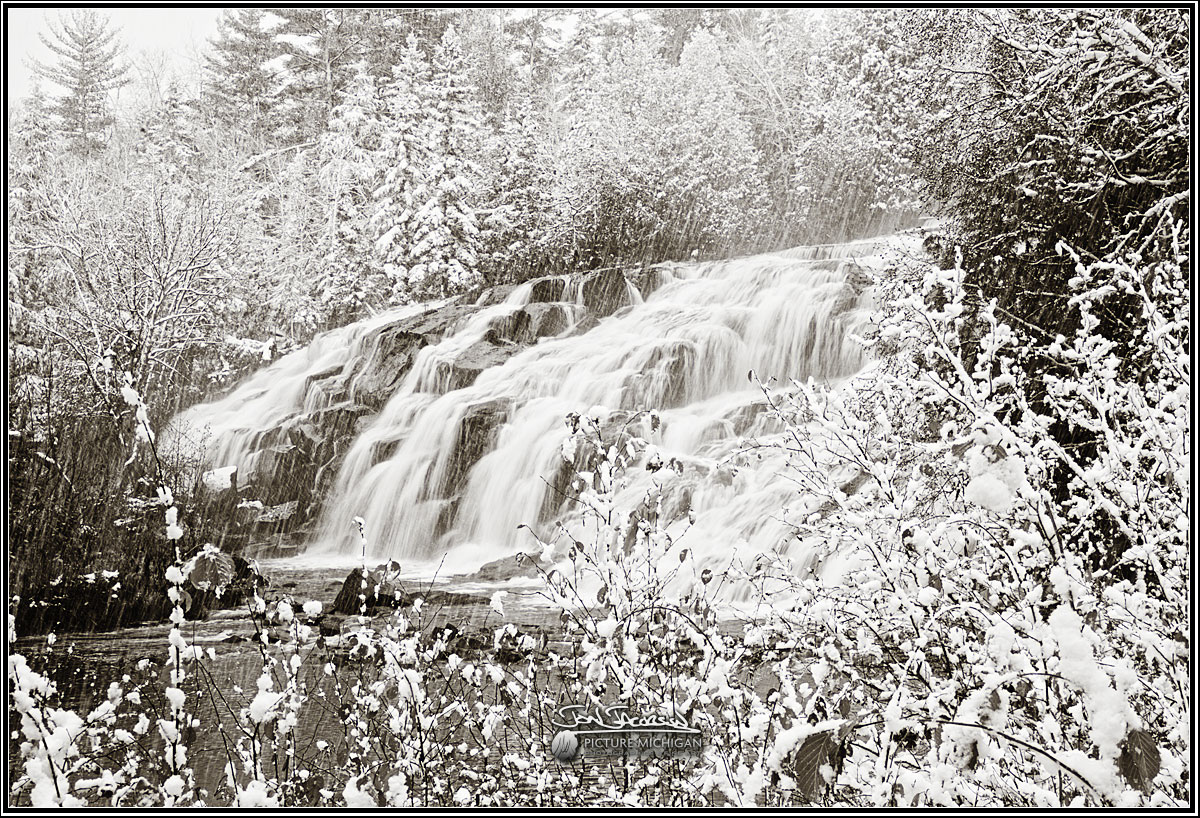 Now that we’re in the heart of winter, I’m recalling the day when Michigan license plates included the tagline: Winter Wonderland. Taken from the past several years, these waterfalls are in Michigan’s Upper Peninsula, Gorge Falls, Bond Falls, Munising Falls and Wagner Falls. 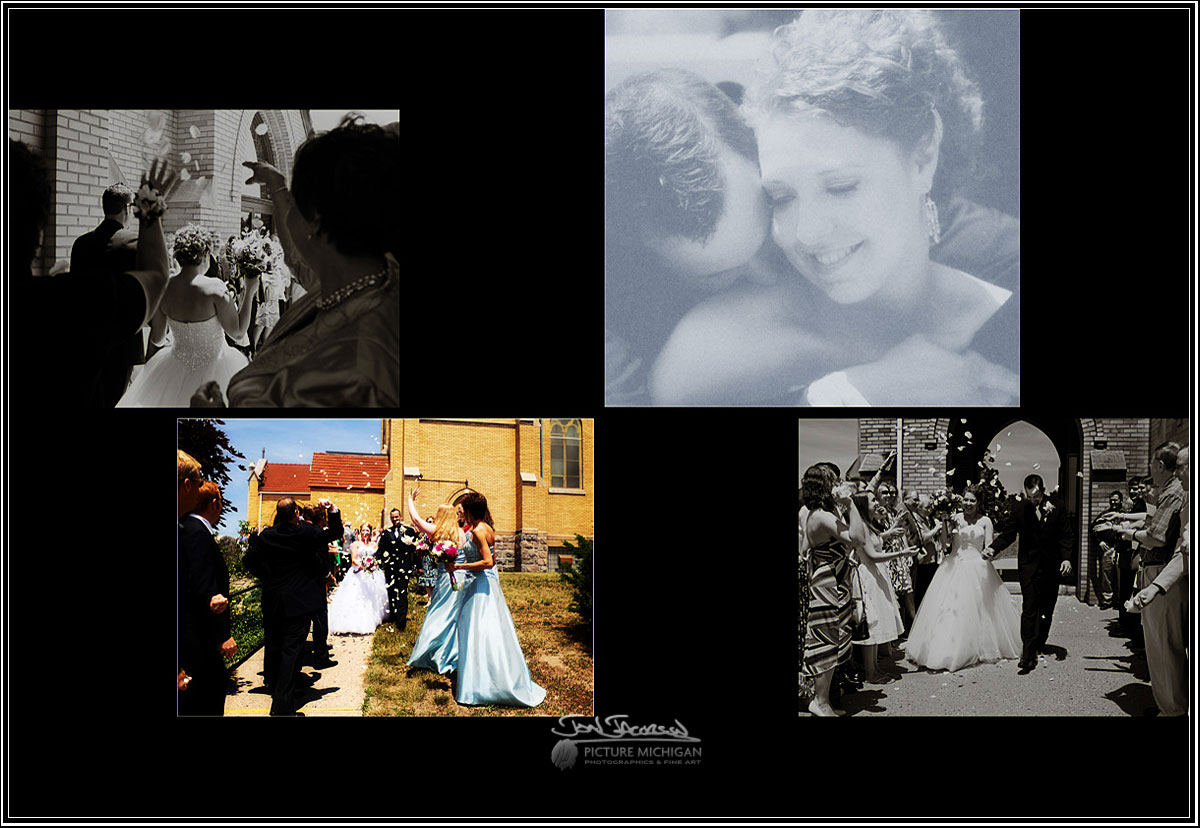 There is so much to say here. This particular gallery is the layout design of a Coffee Table Book I designed as part of the Picture Michigan wedding photography package. It is also a chance to display an entire wedding.

What an incredible day this was for the Bride & Groom — Bill & Marie!

A few years ago, a stranger and I were chatting, and when I mentioned I photograph weddings she posed the question: “I bet you see a lot of dirt and have some ugly stories to tell with all those bridezillas huh?”

Quite the contrary! When I heard this question, my thoughts immediately raced to the last picture in this coffee table book. The band in the background jamming on the final chord of the last song of the night. The day of celebration officially concluded. And there’s the Bride, beaming ear to ear, hugging her dad.

That is a moment in time that will never ever leave me. I still get a little choked up telling that story. There are so many wonderful and magnificent stories I can share with words and have shared with pictures.

This one is a unique one. It is a hundred pages. That’s really really big. Most are forty pages. This one has a seamless spread of about 13″x20″. Most have a magazine style seam with a 10″x20″ spread. No matter the size, it is always a gloriously beautiful portrayal of a grand celebration.

The signature at the bottom of each slide is for the website and does not appear in the actual book. 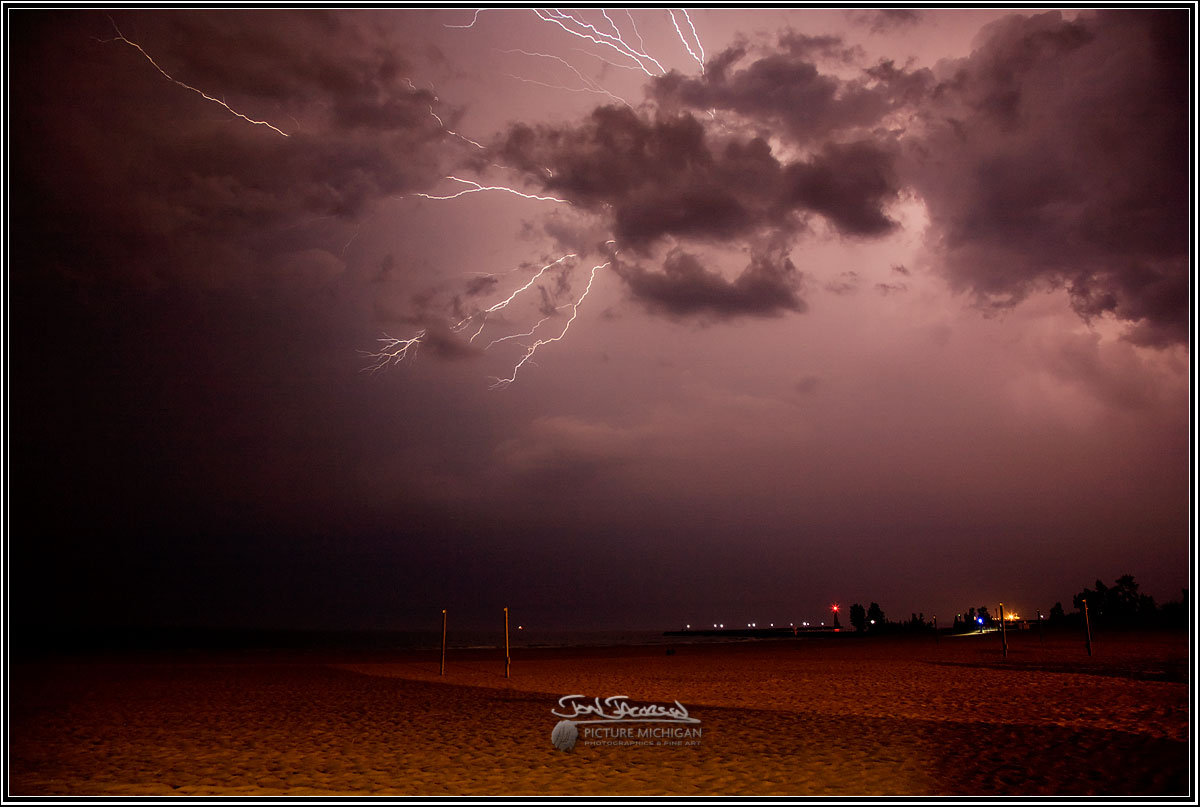 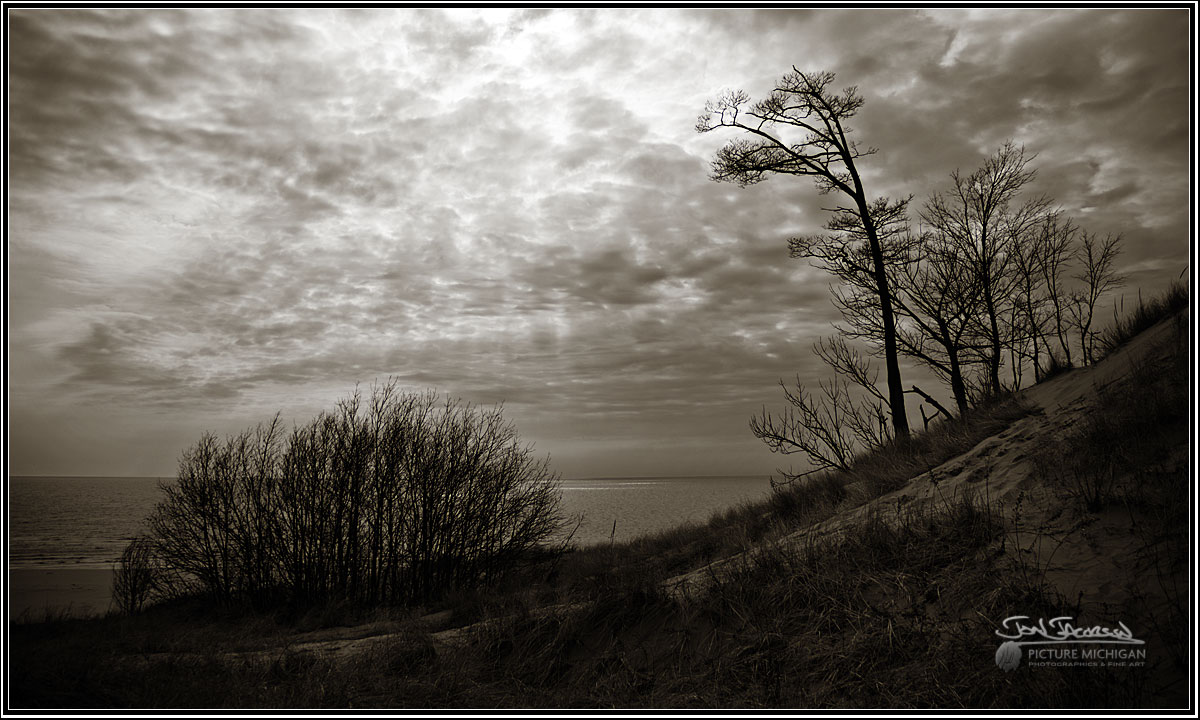 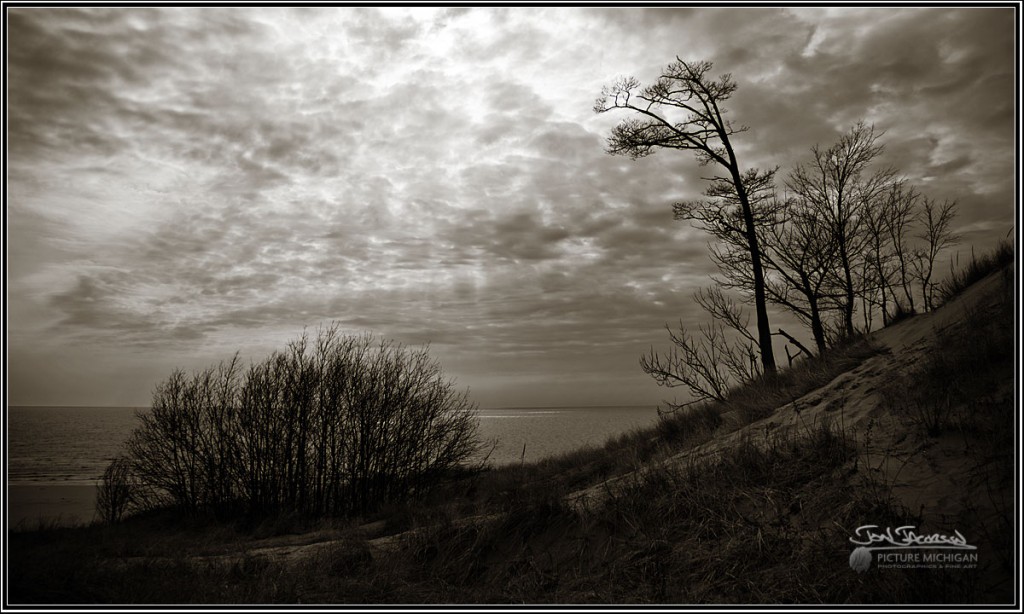 Hi, remember me? I want to say something funny.

“Introductions are not in order. They’re chaotic.”

So after a brief period of silence, the Picture Michigan website is back. With a fresh start. Ugh. Fresh start is my way of saying everything from the previous version of the website is gone.

OPPORTUNITY! The blog will showcase past and present projects.

So what’s up with the picture?

I think I want to say that it’s a definition. “Hi, I’m Jon Jacobson, and this is Picture Michigan.”

It’s a sunset. In black and white.

Perhaps it’s a rebellion against the ubiquitous posts we see on facebook. Like it’s the last sunset we’ll ever see. The reality is that this scene is displayed the way I saw it before I pressed the shutter. The light. The contrast. The drama. Oh, okay, rebellion too. Breaking the rules.

Welcome back! I am genuinely humbled that you’ve joined me. Thank you.